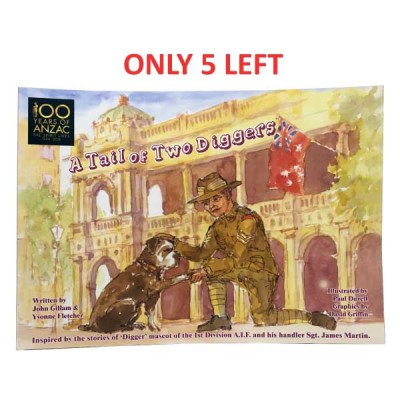 A children’s book inspired by the story of a real-life war dog aims to introduce children to the concept of ‘inside wounds’.

Written by Maitland’s John Gillam and Medowie’s Yvonne Fletcher, and illustrated by Seaham’s Paul Durrell, A Tail of Two Diggers tells the story of Digger, a bulldog who served as the mascot of the First Australian Imperial Force during World War I.

Digger was said to have devoted himself to Sergeant James Martin, served in both Gallipoli and on the Western Front, and was both shot and gassed at Pozieres in 1916. He survived, and returned to Australia before joining Sgt Martin to lead fundraising and recruitment marches, including one in Maitland in 1918.